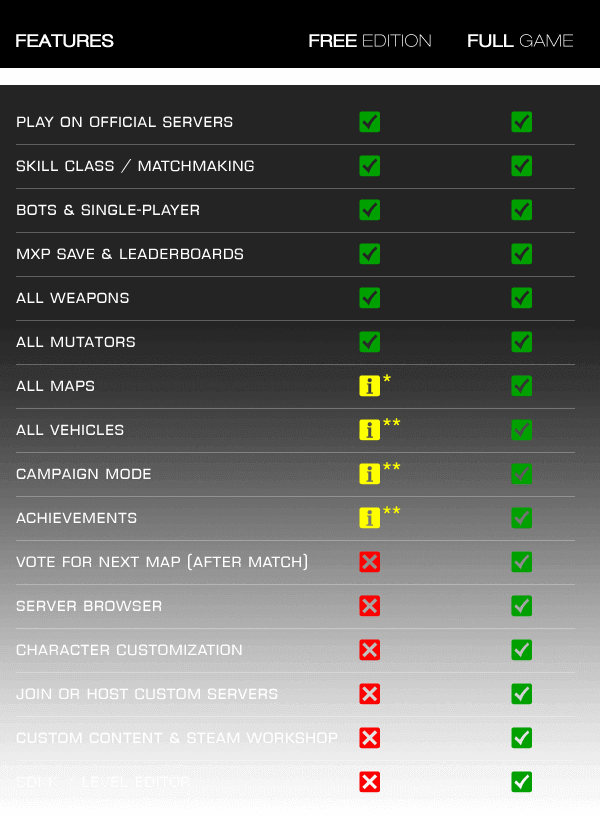 With the 1.0 release of TOXIKK on September 09, we’ll also give birth to the FREE EDITION of the game. If this makes you go “Huh, dafuq…?”, you probably didn’t watch our awesome release date reveal teaser. Fear not, it’s right here:

WHY RELEASE A FREE EDITION?

Ever since we first talked about the FREE EDITION, we’ve been asked if this means that TOXIKK will become FREE TO PLAY, …the answer is HELL NO!

Times have changed since we started to work on TOXIKK. Today, you better A) create some hype about, let’s say, …how procedural the universe of your multiplayer *cough* game is, B) release a sequel to an already existing brand and/or C) put a bit of cash into marketing.

Starting as an underdog, we don’t really need to talk about B and C… but what about A? Sure, TOXIKK is an extraordinary project, but its distinctiveness is not in its procedural universe or arty-farty visual style, but its “no bullshit” back-to-the-roots attitude.

So, what to do if you have a good game, …but no buzz, no money and no brand?

HOW’S THE FREE EDITION NOT F2P?

FREE TO PLAY is giving the base game away for free and then LETTING YOU PURCHASE LITTLE CHUNKS OF IT FOREVER (cosmetic and/or gameplay affecting items). For many reasons, we have a deep antipathy against micro-transaction fueled business models.

But if we let you FRAG LIKE IT’S 1999, why not also give you a demo like it’s 1999? The idea behind shareware and demos may be a bit out of fashion (just like Arena FPS in general), but there really isn’t anything more transparent to let you experience a game. And if you like it, you pay once and get the FULL GAME with ALL its features, customization options etc.