Take a journey into the heart of 1960s London. Company of Crime is now available DRM-free on GOG.COM with a 10% discount lasting until 15th August 2020, 6 AM UTC. Build an influential criminal empire or head up an elite Scotland Yard task force and crack down on the rising tide of corruption. Case out targets, then dive into the melee with your hand-picked team of gangsters or detectives.

Command the mighty Trolls and lead them on an epic journey across the wild continent of Urgath! SpellForce 3 Fallen God, a standalone expansion to the original SpellForce 3 game, is coming soon DRM-free on GOG.COM. game As Chieftain of the Moonkin, a tribe driven from its home by tusk hunters and disease, their survival is in your hands.

Weekend Sale: THQ Nordic titles up to 80% off

Adventures and distant journeys await! This Weekend Sale on GOG.COM is dedicated to cool games published THQ Nordic with discounts reaching even 80%. Also, be sure to check our Special Sale featuring games selected by artist Morano up to 90% off. Here some of the best weekend deals:

Darksiders Genesis (-34%) is an action/adventure game in which you tear your way through hordes of demons, angels, and everything in-between on your way to Hell and back.

Ori and the Blind Forest: Definitive Edition (-50%) tells the tale of a young orphan destined for heroics, through a visually stunning action-platformer crafted by Moon Studios.

SpellForce 2 – Anniversary Edition (-75%) is a perfect mix of RPG and RTS genres. Become a hero born of the legendary Shaikan, who must save the Eo world from shadow forces.

Show the world your true gamer identity and win a game!

Today we have a special treat for you – a free wallpaper artwork from the excellent artist Morano, famous for his Magic: The Gathering illustrations, can be yours. Along with it, you’ll get a chance to take part in a cool contest and win a game with a small help from your GOG GALAXY 2.0 app.

How to get all this? First, log in to GOG GALAXY 2.0 (you can install it from here, if you haven’t already). Once you’re on the “Recent” screen, click on the “Share stats” button at the top – you’ll get redirected to a page with your gaming stats and the option to download Morano’s set of wallpapers. While admiring its neat style, you can also check on this unique artist’s profile we’ve also published today.

OK, now that you’re looking at your gaming stats from GOG GALAXY – here comes the fun part! If you want to join our contest and win 1 out of 100 games like Blade Runner, DUSK, Dragon Age: Origins or GreedFall, just share your gaming stats using GOG GALAXY 2.0 on one of the available social media channels (FB, Twitter, VK). To qualify for our contest, the post must include a short, witty description of your gaming profile, based on the stats you share, and a hashtag #GOGALAXYstats. We promise to check all the answers and award the most creative ones with games!

The cult RPG is back! Devised by the bestselling author R.A. Salvatore, Spawn comics creator Todd McFarlane, and Elder Scrolls IV: Oblivion lead designer Ken Rolston, Kingdoms of Amalur: Re-Reckoning is coming soon DRM-free on GOG.COM. The game will arrive remastered, with stunning visuals and refined gameplay. Rescue a world torn apart by a vicious war and control the keys to immortality as the first warrior ever to be resurrected from the grips of death.

Become an appraised engineer and architect! Bridge Constructor is now available DRM-free on GOG.COM. Create and design your own constructions and watch the cars and trucks pass over them – or see them fall and crash while your inferior creations collapse due to weight and the laws of physics.

Read about the future of pixel art according to the creators of Owlboy! 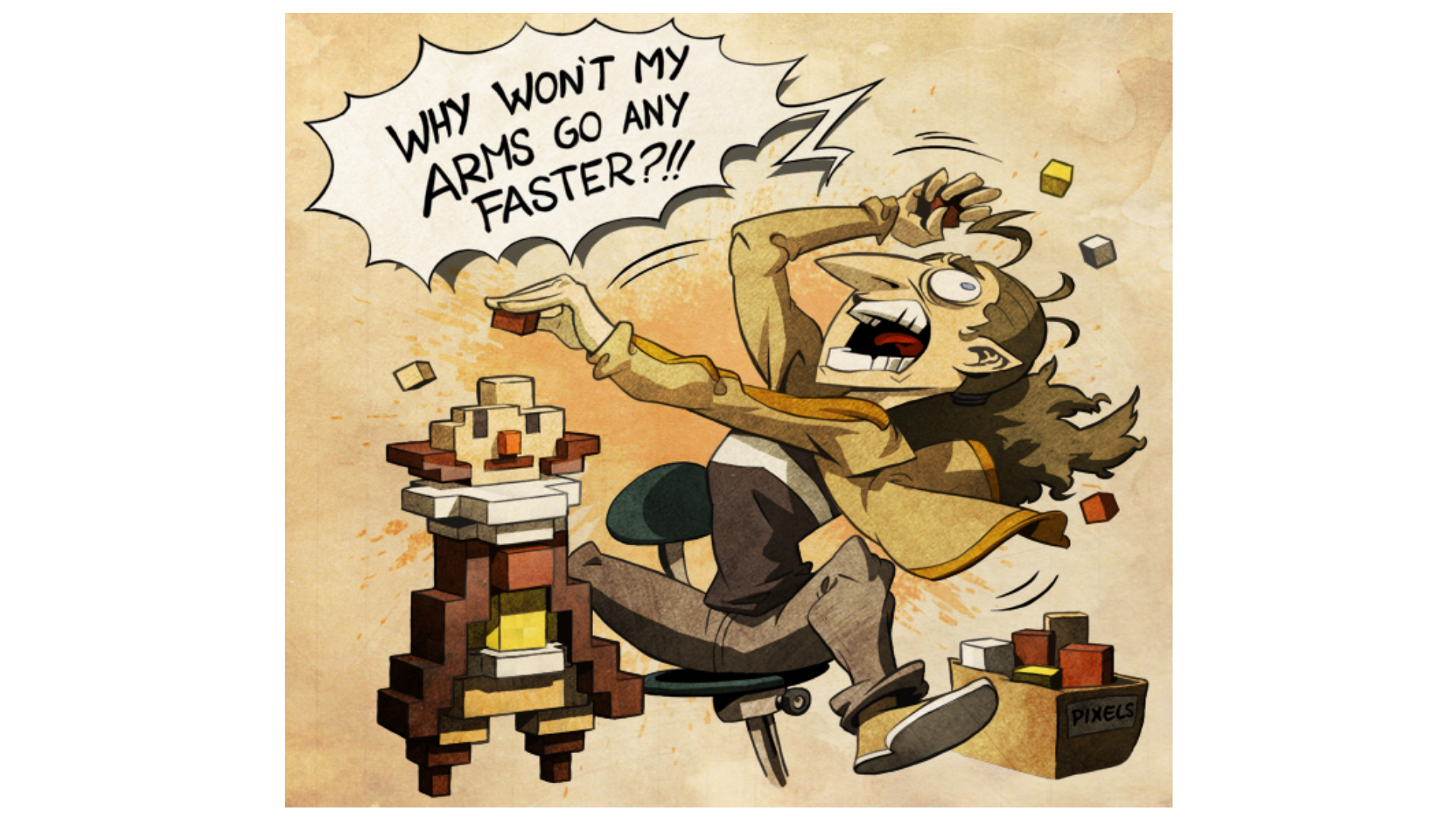 The future of pixel art in games is looking crisp! Not too long ago, pixel art was considered an outdated art style. A relic of old hardware that we discarded. A wave of brilliant looking indie games has made one thing clear though – the details of pixel art are reaching levels the earliest developers could only dream of.

What are the tricks behind pixel art, and why do so many artists choose to dive into its intricacies?

If you’ve ever built a house in Minecraft, you’ve already taken the first step towards becoming a pixel artist. It’s a simple matter of placing blocks next to each other until they make a cohesive picture. Like with any art form, it takes time to master. Our team’s artist Simon S. Andersen spent the better part of a decade pixeling the world of Owlboy, and didn’t even scratch the surface of the medium.

What can/can’t be defined as pixel art is often a topic of confusion. The easiest way to describe it is “Getting as much out of as little as possible”. The challenge is to use the limitations posed by tiny squares to imply more than they seem to allow.

Pixel art becomes very interpretive in that sense. Colors at different placements can make a pixel appear half its size, or make an entire square block look spherical. When animating, we can trick the mind with sub-pixeling and subtle in-between colors, implying movement between two perfect squares. An arrangement of pixels can appear smooth and full of emotion, even though the artist is restricted to a square grid.

In the early days, these tools weren’t a matter of …read more

In this indie narrative-based game, you assume the role of the Grim Reaper… on an office job. Death and Taxes is now available DRM-free on GOG.COM with a 33% discount lasting until 13th August 2020, 1 PM UTC! Here, it’s up to you to decide which people are going to live or die. The consequences of your choices can become a really heavy burden, while the mystery of your incarnation awaits revelation.

Try pondering on the game’s gruesome choices right now, with Death and Taxes Demo available for free on GOG.COM!

This fresh expansion to the PC Building Simulator game introduces new campaign with real sponsors, teams, and Esports personalities.
PC Building Simulator – Esports Expansion DLC is now available on GOG with a 10% discount that will end on 11th August 2020, 1:30 PM UTC. Be the unsung hero of every Esports team – the ever-reliable tech support!

Midweek Sale: games featuring swordsmanship up to 90% off

Terry Pratchett once wrote that “the pen is mightier than the sword if the sword is very short, and the pen is very sharp”. This Midweek Sale on GOG.COM features games with swords of all shapes and sizes up to 90% off. Here are some sharp examples:

Kingdom Come: Deliverance (-50%) is an open-world RPG where you become Henry, the son of a murdered blacksmith as he shapes his destiny across medieval Bohemia.

Sea Dogs (-80%) is an epic role-playing game set in the age of sail. Become a young pirate captain looking to make a name in the world with his faithful saber in hand.

Way of the Samurai 4 (-70%) is this an action-adventure game set in 19th Century Japan, you become a masterless samurai forging his future in the land full of uncertainty.

Sharpen your sword hastily as this Midweek Sale on GOG.COM will end on the 8th of August 2020, at 1 PM UTC.