A 2D isometric adventure game set in the distant future and a post-apocalyptic landscape. BEAUTIFUL DESOLATION from THE BROTHERHOOD studio is coming soon on GOG.COM.

Solve puzzles, meet new friends and make powerful enemies, and most importantly, mediate conflicts and fight for your life as you unravel the secrets of the world around you. 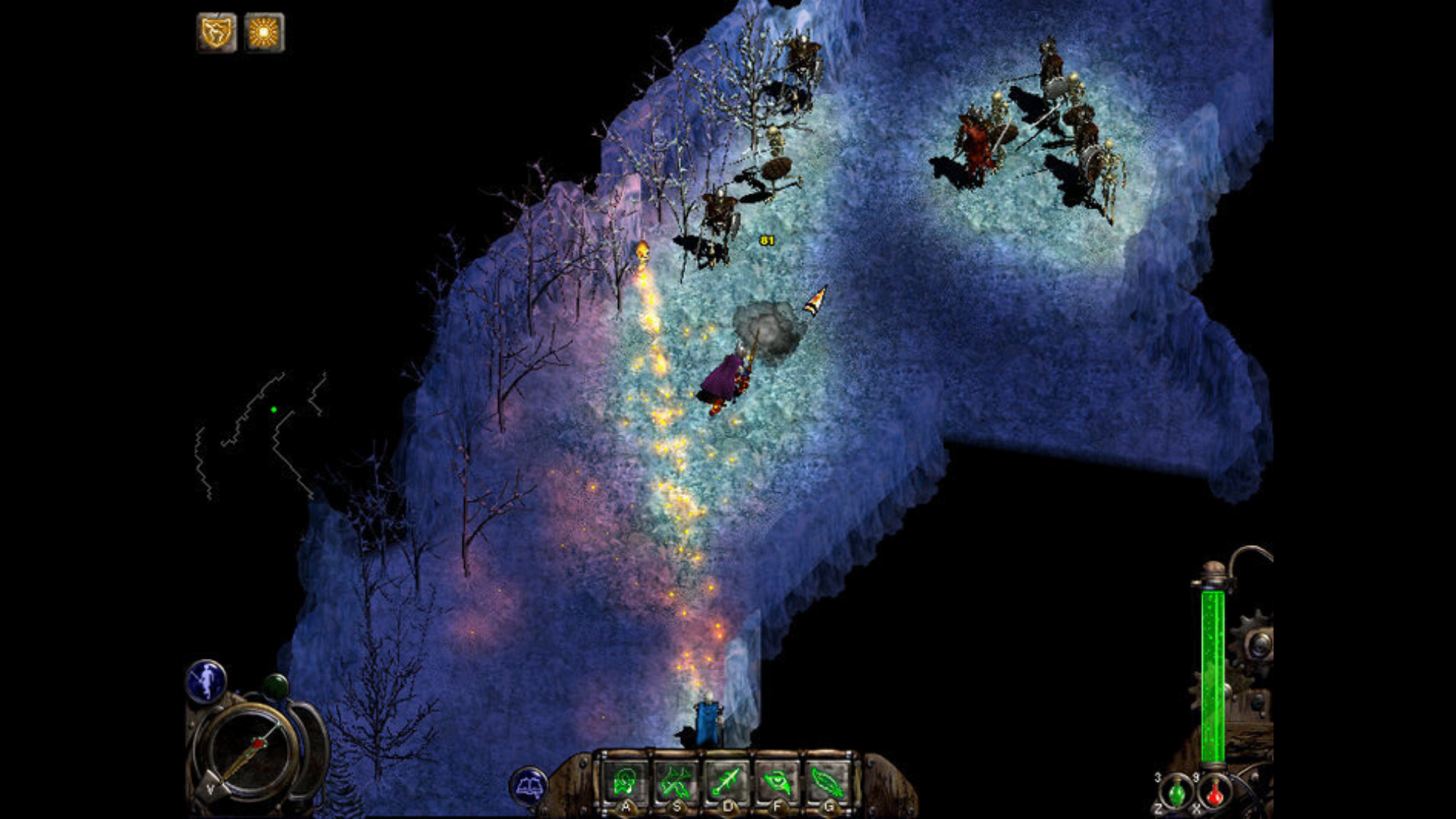 Think about how much has changed in that time. We didn’t have iPhones, people were actually nice to each other on the internet (for the most part), and only about 360 million of us had internet.

Even so, Nox holds up today as a classic action/RPG hybrid with an engaging story and fun gameplay. If action RPGs are your style, definitely keep reading to learn more about Nox and other similar games that have released throughout the years.

Looking back at Nox

Developed by Westwood Pacific, Nox introduced players to a high fantasy parallel universe where you could choose between three unique classes and, in turn, stories. Its three different stories helped the title stand out, as did the title’s unique fog-of-war system called TrueSight. To this day, games are still using variations of the same system!

Framed as one of the most anticipated games at E3 in 1999, it was well-received by critics and gamers alike. It even got a free update in August 2000 that introduced multiplayer.

Even today, we still see elements that were introduced or improved upon in games like Nox and the original Diablo. To this day, these games have stood the test of time and continue to evolve and become bigger in scope than ever before. People love action RPGs and hack’n’slash titles so we thought it would be fun to look at some of the great offerings in the genre to help celebrate Nox’s 20th anniversary.

Check them out below! 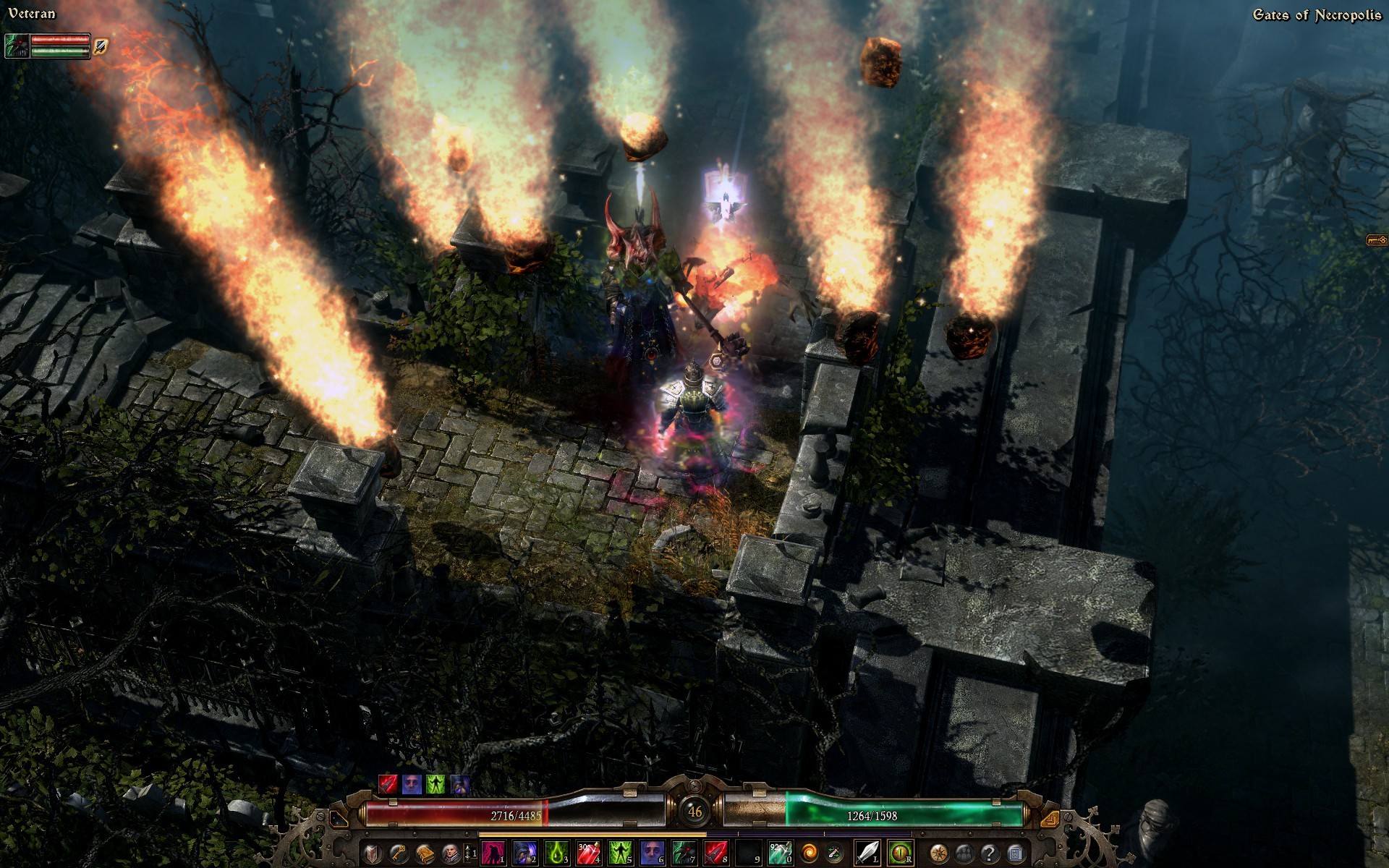 One of the newer titles on the list, Grim Dawn is a heavily atmospheric action RPG (ARPG) with six classes to choose from. While …read more

Last chance! Buy Panzer Corps base game and DLCs up to 90% off

There is an old saying that all good generals are familiar with – with every change of fortune comes an opportunity. Now we can put those wise words into action.

As of 6th February 2020, Panzer Corps from Slitherine Software will only be available in Panzer Corps Gold version, DLCs included. Until this time you can still buy the game and its DLCs separately on GOG.COM. We’ve even prepared a special Last Chance Sale for you, with deals reaching up to 90% off and lasting until 5th February, 2 PM UTC.

Use this opportunity to win even more Panzer Corps battles!

The award-winning adventure game is back with high-resolution visuals, new technology, and intuitive controls. Edna & Harvey: The Breakout – Anniversary Edition from Daedalic Entertainment is now available on GOG.COM. Join Edna and her bunny Harvey on their slightly not sane quest to break out of the sanatorium.

If you are already a proud owner of the original Edna & Harvey: The Breakout you will receive a special 50% discount on the game’s Anniversary Edition.

ELDERBORN is now available on GOG.COM with a slashing 10% discount lasting until 6th February 2020, 6 PM UTC. In the game, we will travel to the land of legends, where savage barbarian tribes await a new dark messiah. Become a warrior that changes the world by sheer strength, courage, and guile.

A beautiful hand-animated point & click puzzle game is not far from release. You can now pre-order LUNA The Shadow Dust on GOG.COM with a 20% discount lasting until the title’s premiere on 13th February 2020. Experience the magical journey of a young boy and his companion as they solve puzzles and explore the ancient tower at the edge of the world.

A rogue-lite action-platformer from Motion Twin which will receive a large extension on 11th February 2020.

Pre-order Dead Cells – The Bad Seed DRM-free on GOG.COM. This DLC will expand the game’s universe with new locations – The Arboretum and The Swamp. We can also expect new weapons and monsters.

You can also pre-order a special Dead Cells Bundle which consists of the base game and The Bad Seed DLC. This bundle is available with a special discount lasting until 18th February.

A platform game that crosses the border between George Orwell’s 1984 with the reality TV shows has finally arrived.

Ministry of Broadcast from Hitcents is now available DRM-free on GOG.COM with a 10% discount lasting until 6th February, 11 AM UTC. As the main character, you must take part in a reality TV show organized by the evil Regime in order to reach your loved ones.

Prepare meals and manage a food truck as you dish out hundreds of different foods across war-torn America.

Hit the road in this sequel to the million-selling series as you travel across the United States to participate in the Iron Cook Foodtruck Championships with your trusty robot crew Whisk and Cleaver.

A side-scrolling platformer for all the fans of puzzles and walks down the streets. The Pedestrian from Skookum Arts is now available on GOG.COM with a 10% discount until 5th February 2020, 6 PM UTC. Enter into a dynamic 3D world in which you play by rearranging public signs in order to explore and advance through each engaging environment.