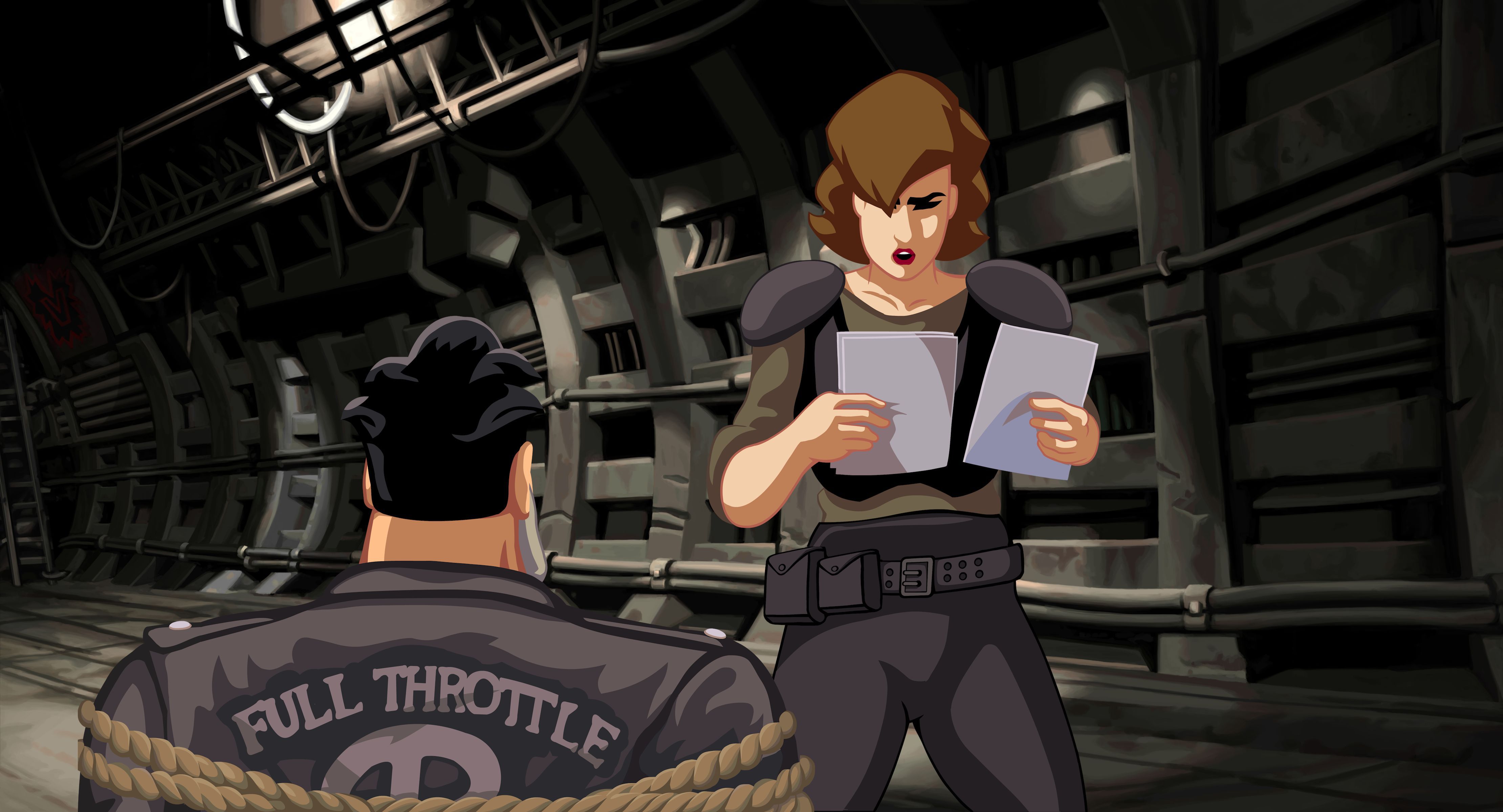 Get the motor runnin’ / Head out on memory lane.

Do you hear a familiar engine roaring in the distance? , he decided to pursue a project that was potentially riskier but fascinated him greatly. It was a story blending his beloved heavy-metal music with the underexplored biker subculture. Many gamers assumed it was also taking place within a post-apocalyptic setting but, as Tim Schafer later explained while playing a little bit of the original Full Throttle, that wasn’t really his intention.

The game stars Ben, a hardened, stoic, no-nonsense biker, and a far cry from the goofy or slightly unhinged protagonists that were the norm in most of the company’s hit adventure games. It also had incredible cinematography, quirky puzzles interspersed by arcade-y sequences, witty humor, amazing voice-acting, and some strategically-placed explosions. Because, as Schafer readily explains in this making-of video, everything looks better with some explosions in it.

A little over a month from now, this bold masterpiece is coming back fully remastered and capped with some sweet extra features. Those who loved the original have every reason to eagerly anticipate the 18th of April for a high-octane trip down memory lane. For the rest, GameInformer’s early hands-on impressions might offer a small indication of the heavy-metal greatness that awaits down the road. And make no mistake: once you’ve experienced it, asphalt won’t smell quite the same ever again.

Full Throttle Remastered is now available for pre-order, only on GOG.com.

Release: A Story About My Uncle