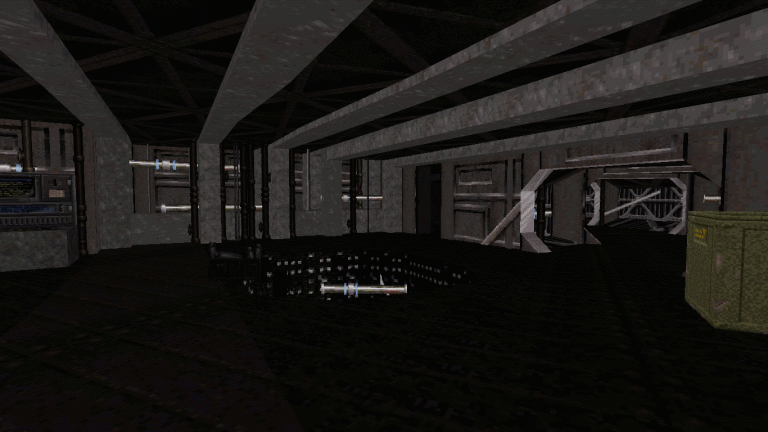 Original description: This map is intended to provide hours of Dukematching fun. We used The “Star Wars Technical Journal” by Shane Johnson as the basis for the floorplan, but had to make some changes in order to improve the Dukematch action. There is lots o’ detail, and we tried to stay true to the “Star Wars” theme as much as we could. We put in Star Destroyers, “Two of ’em, comin’ right at us!” and we put pipe bombs on the edge of the maininence pit in the forward compartment to represent the “hyrdo-spanners” that fell on Han Solo’s head in “Empire”. Unfortunately, we couldn’t figure out a way to put in the smuggling compartments without having players falling into them over and over, so we left them out. We tried to make the level actually match the scale of DUKE3D, unlike some maps we’ve seen with eight-foot-wide doors and four-foot-tall light switches. A favorite tactic of ours is to put a laser trip bomb in the door frame of the escape pods, and the next person to open it gets blown down to 13% health or so… (There’s only two escape pods because Han ejected the rest in order to make the Imperials think the Falcon was abandoned when it was pulled onto the first Death Star.) Unless you set it on Let’s Rock, you can only get the laser trips and pipe bombs. In order to avoid slowdown, the freezer is only available on Come Get Some, recommended for those of you with deathwishes and P166’s. The hyperdrive motivator is located in the center of the ship, and we reccomend that you don’t shoot it, because the whole ship starts to come apart if you do. And because you REALLY don’t want to get Chewie mad after all the time he spent fixing it. =[ Original authors: Edward “Scorpion” Davis & Aaron “Deino” Gwin 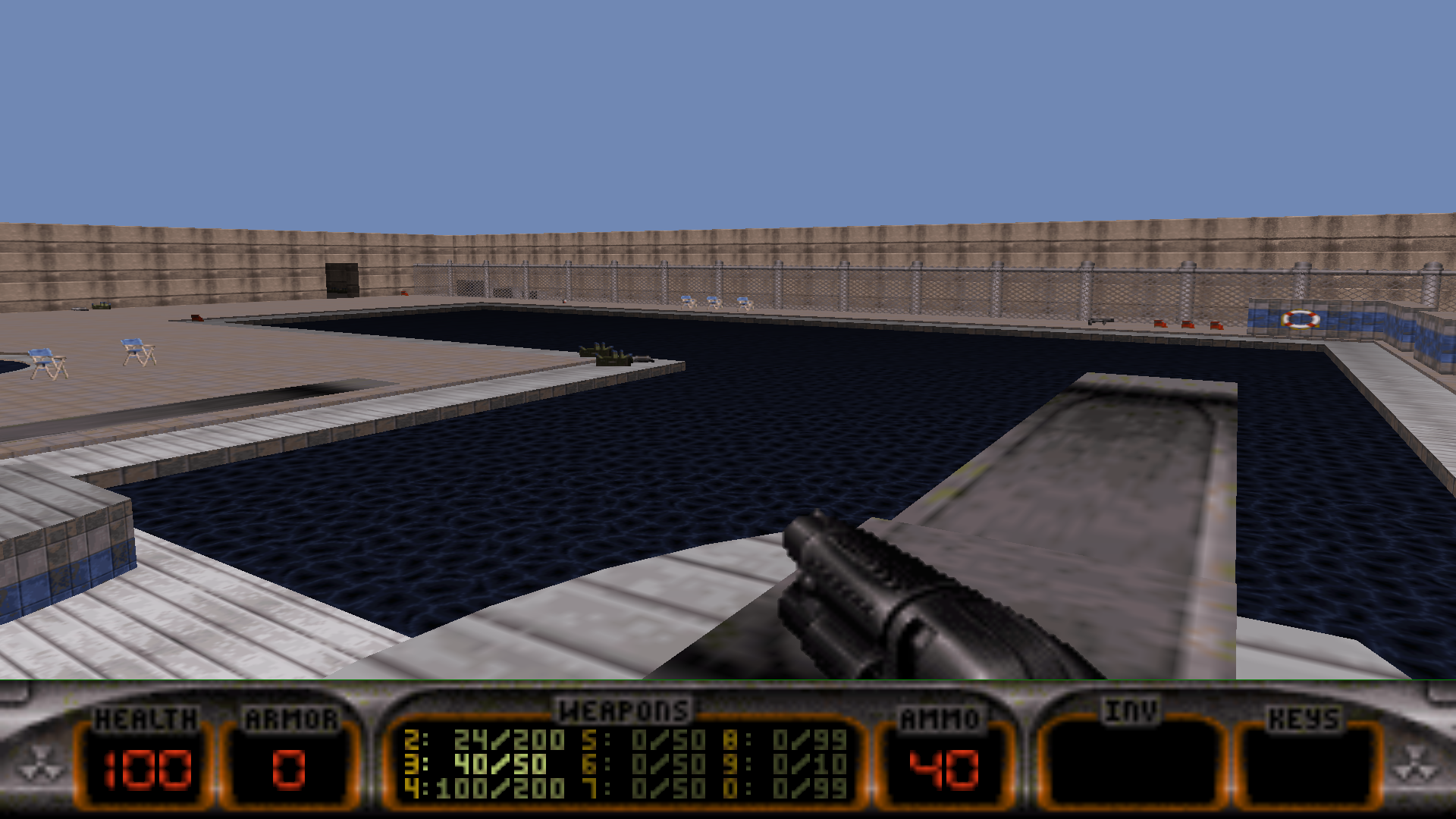