Up to 80% off Children of the Nile, Lethis: Path of Progress, Prison Architect, Evil Genius, and more

Every game collection needs them. The concrete, sturdy foundations upon which you shall build in an effort to someday touch the sky (and then probably blow it up). Foundations made by Brick and Mortar, with a lot of meticulous planning and strategic thinking holding it together. For that you need only the best gaming materials, like those found in this lineup, which celebrates city-building, management, and pre-emptive problem-solving without cutting any entertainment corners.

Make sure you build a stable social pyramid before you attempt to erect any actual ones or your Children of the Nile might decide that you are not the god-sent Pharaoh they were promised. After all, letting your Egyptian empire go to waste is no way to start an immortal dynasty, now is it?

So these self-righteous humans think they own the place, don’t they? Just because legions of gamers have helped them clear up gazillions of dungeons in the past, doesn’t mean things can’t change! Rule the Dungeons 2 with a spiky fist, kick out the intruders, and then take the fight to their posh, overworld kingdoms.

Lay down those Brick and Mortar foundations with the most solid materials known to gamers and see your collection grow to a well-planned, unshakable structure that anybody would feel proud to call their own. Choose your building blocks among: Lethis: Path of Progress, Evil Genius, Prison Architect, and more!
The promo will last until June 3, 9:59 AM UTC. 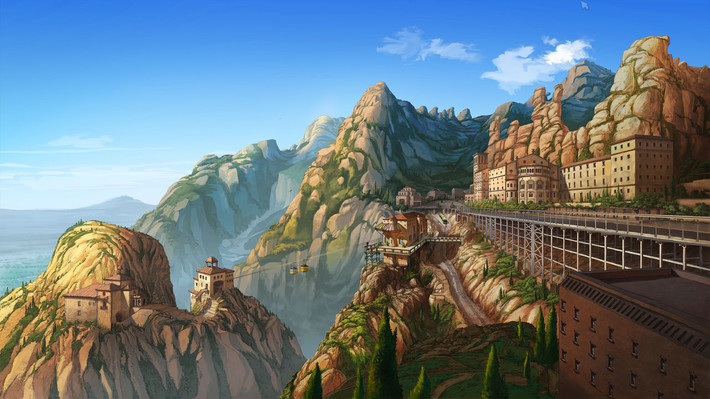 Broken Sword 20th Anniversary Sale: Celebrate and complete your collection for 60/75% off!

Release: There Is No Game : Wrong Dimension