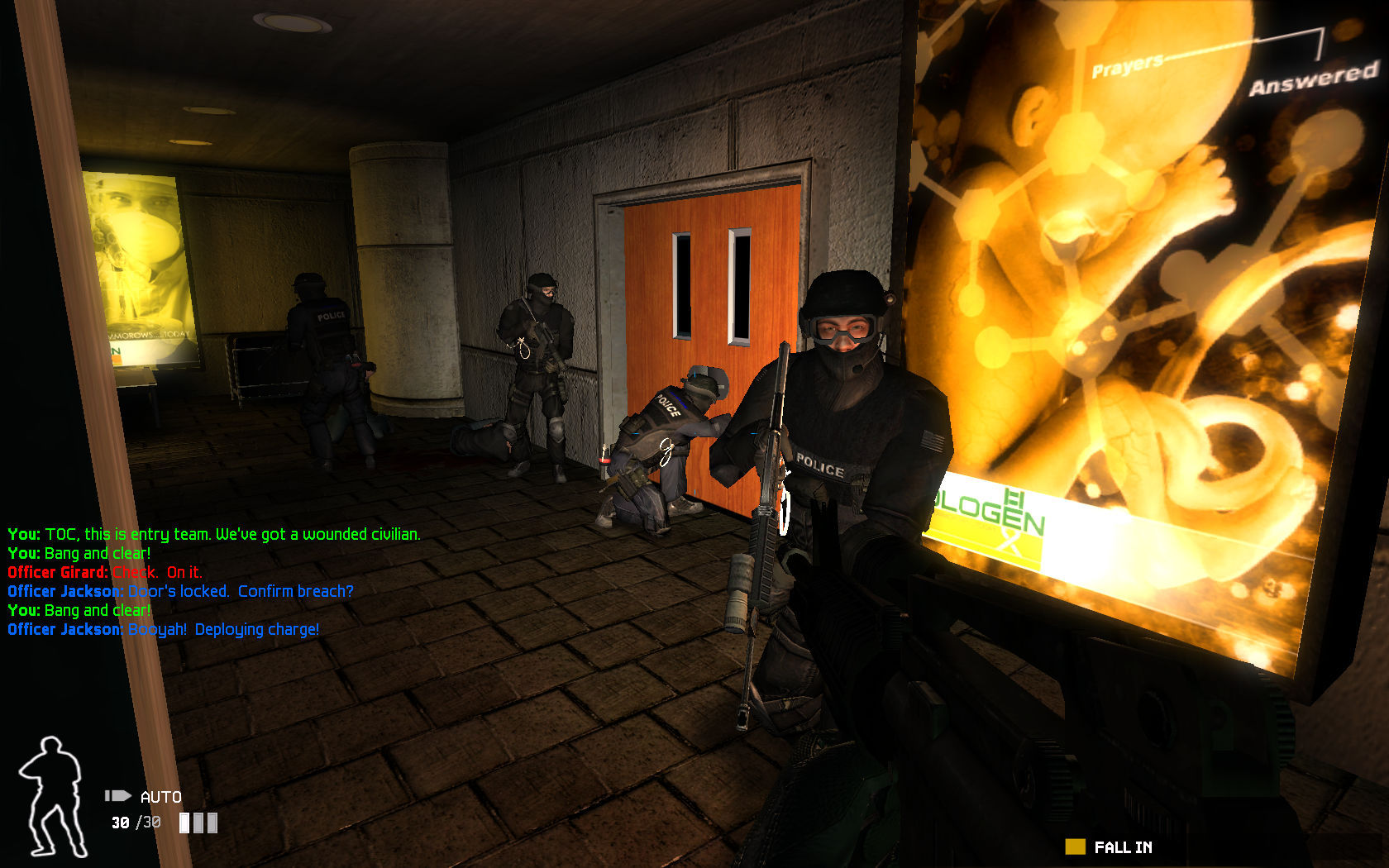 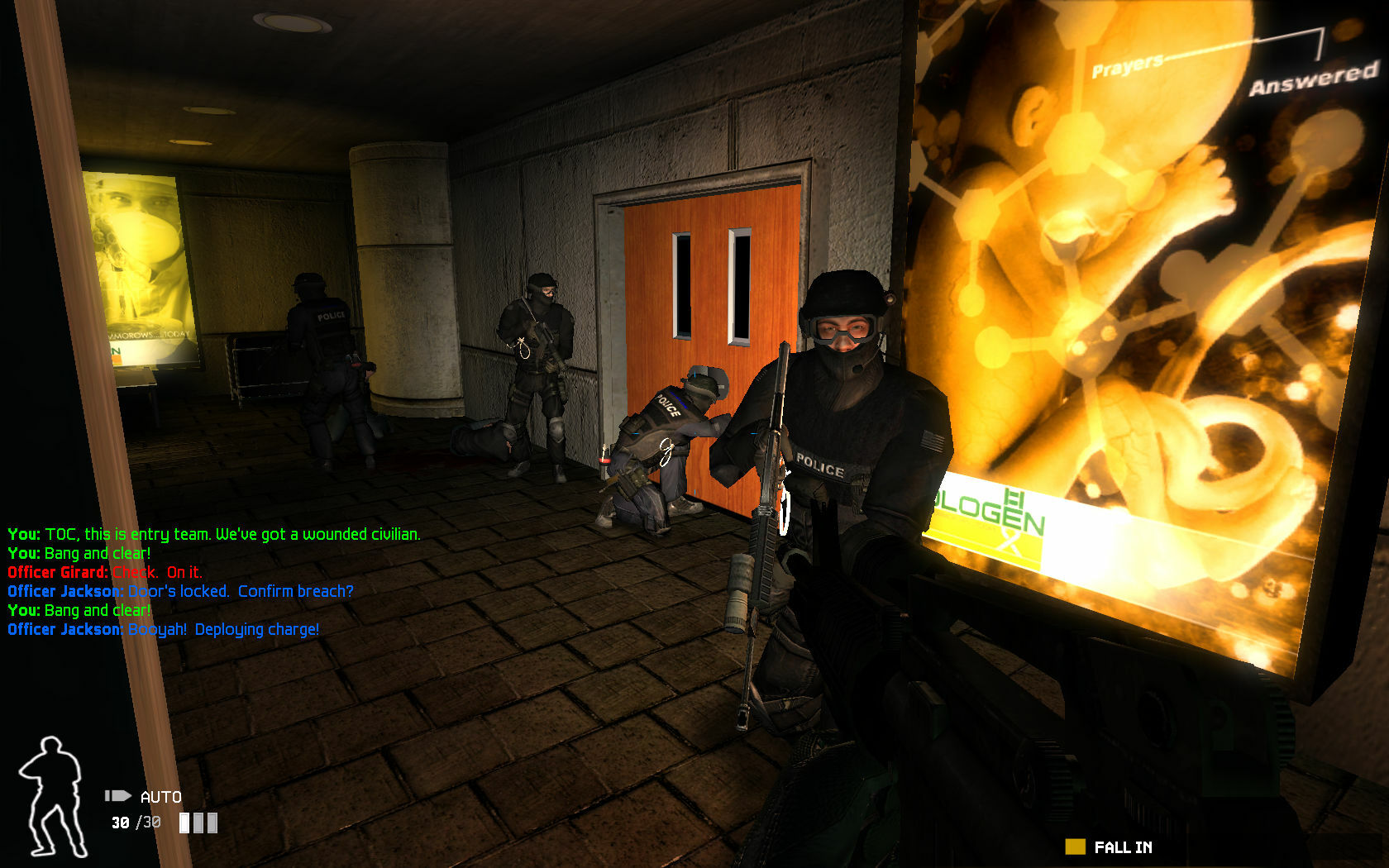 Today marks the digital return of SWAT 4, originally released in 2005 and developed by Irrational Games; a studio that needs little introduction due to its work on such titles as System Shock 2, BioShock, and BioShock Infinite.

To mark the occasion, we got in touch with Paul Hellquist and Bill Gardner – part of the core design team on SWAT 4 – to talk about their experiences creating the game, and what they’re up to now.

Tell us about your role in the development of SWAT 4.

Paul Hellquist: SWAT 4 was my first time as a Lead Designer and a great game to cut my teeth on. Because our design team was only three people, it was an “all hands on deck” sort of project. Ian Vogel and Bill Gardner did the lion’s share of the level design and I was responsible for the weapon balance, mode balance, the scenario editor, and coordinating the team with art and code to bring everything together. On top of that, I also built three levels, so I touched a little bit of everything.

Bill Gardner: I was the Level Designer for six of the missions and the Meat Barn multiplayer level, and looking back that’s a big list! The project actually had two major phases; getting single-player to a near-ship state, and then – my chief responsibility – updating every level to add co-op. It was a hugely educational phase, forcing me to shift my thinking to accommodate different styles of play, and also tons of fun since I got to play co-op almost every day. The design team was a mere three people, and it’s really amazing what we were able to accomplish with such small team.

After nearly 12 years, SWAT 4 continues to appear on “Best of” lists. Why do you think it …read more